You know how in most stories you always here about the amazing hero that always survives his battles and kills many foes? Well I was thinking, what is it like to be the single random soldier that is in the fronts lines of a massive battle? What is it like to be the soldier that is always overlooked? Well if you’ve been wondering that too, here you go!

The sound of the blade grinding against the stone hurt my ears. I turned away and straightened my rumpled leather shirt. It was smooth and cold…I shivered. Taking the slippery chain mail from it’s place on the rack, I pulled it over my head and slid my hands through the sleeves. I never knew chain mail could feel so heavy. Before I had always felt strong and good in it. Now it weighted me down like wet wool. I glanced around the armory while I took my leather gauntlets of the racks. Hundreds of men crowded the room, and they were all busy. We were going to war. I was going to war for the first time.

I buckled the straps on my gauntlet awkwardly. My hands shook. I clenched them into fists. What was I doing? I was a soldier! I should be looking forward to fighting in a battle for my kingdom! But no. This was too much. I had only been in training three years. Now it was off to the front lines of battle.

Next came the breastplate. Those straps were even harder because I couldn’t see them. I managed to get them on though. A hand slapped me on the back. I glanced around and saw a large bearded man. A scar ran from his cheek bone to his jawline. He grinned and his mouth was full of gaps where teeth should have been.

“Off to war, aye? Can’t wait to see blood on me blade!” He laughed and beat his chest. Luckily he turned away because right then my legs gave out. My knees hit the concrete and I gulped as nausea rushed through me.

Come on, I needed to get a hold of myself. I stood quickly, and spread my feet out to keep my balance. Good. I could stand again. Strap on the shoulder plates…now the knee pads. Alright. Just the boots and the helmet and I would be done. I had to sit down to pull on my boots. I wasn’t sure if I could remain standing on one leg that was shaking like a sapling in a thunder storm.

Okay, back up on my feet. I took the helmet from the high rack and slowly slid it down onto my head. It fit well, and the buckles under my neck were snug. I was glad it was a helmet that only covered my head, cheeks, and nose. I didn’t want to have my vision blocked by a visor in my first battle.

A light hand tapped my shoulder and I turned around. The thin man that sharpened weapons smiled at me and gestured to follow him.

“Come with me, sir. Your sword is finished.”

I nodded slowly and followed him. I had to focus hard on staying balanced lest I fall again. I made it to his workspace and he rummaged around in a pile of newly sharpened swords before he pulled out mine. He offered it to me by the flat of the blade and I took the hilt. It felt good in my hands but just like my armor…heavier.

I buckled my belt about my waist and slid the sword into it’s scabbard. The man offered me a long dagger and a shield as well. I had used my shield in drilling but never the knife.

“Why must I carry this?” I asked him, tapping the hilt of the blade as I stuck it into my belt.

“When an enemy is on top of you try to beat your brains out, it’s going to be hard to maneuver with your sword. Those long daggers are perfect for close combat. No one can keep fighting with a dagger in their belly.”

The nausea rolled up again. I gulped and sweat dripped down my forehead. What if it was me with the dagger in my belly?

I nodded and released the handle of the knife. Hopefully I wouldn’t have to use it. Sticking someone with a spear at five feet was bad enough, but being that close to someone and knifing them…I didn’t think I could do it.

I quickly hurried away and picked up a spear from the stack near the door. Slinging the shield onto my back, I hurried on toward the group of soldiers already geared up and ready for war.

The soldiers were talking excitedly, telling each other about what they had done in past battles and what they were going to do in this one.

“A soldier once tackled me and got on top. He raised his sword to finish me off but I rolled away just in time. The sword glanced off my shoulder plate but I was unharmed!” one boasted.

“Other than a nasty bruise on your shoulder I’ll bet,” another said, rewarded with several laughs.

I shook my head. How could everyone be so calm? How could people laugh at a near death experience? I didn’t understand.

Just as someone else was sharing their story, the captain ordered us to follow him. He leaped astride his horse and began to ride. We followed on foot, marching quickly. My armor was heavier than before. The sun warmed up the chain mail and helmet and before I knew it I was sweating like crazy. We marched for a good two hours before we reached the outskirts of the battle field. We could see the other army marching over the hill. The captain rode back and forth before us, barking commands. He called for the spear group to come forward and we did so. I readied my spear, and tried hard to push down my nausea. The captain then shouted encouraging words, but I didn’t hear any of it. The enemy was moving closer and they were readying their spears. I looked behind me and beside me and saw hundreds of men just like me with their weapons at the ready, about to charge into battle and perhaps sacrifice their lives for their kingdom. I shook my head. I was just one of hundreds of men here. No one would care if I died here. I would just be another casualty. It was stunning to think about, but it was true. I was simply a pawn on a chessboard, except instead of their being eight pawns there were hundreds, which made me less valuable. Wonderful.

Then the signal to charge. My legs began to pump of my own accord, racing with the men at my side straight for the enemy. Would my spear even find an enemy, or would I die before I had even defeated a man for my kingdom? I didn’t know if I would ever find out, but as the enemy got closer, adrenaline pumped into my body. The armor felt as if it were not there. My sword and dagger were weightless. Power pumped through my muscles and my head cleared of questions. The enemy were closer…closer…I felt something powerful crash into my armor. My feet slid in the mud of the field. I hit the ground hard on my back and everything grew hazy. I heard the roar of steel on steel, the cries of men falling, the impact of feet on the ground and bodies striking the earth all around me. A boot crashed into my stomach and a soldier’s face appeared in my vision. Fighting the weight of the boot, I found my spear and clutching it tight, thrust it upward. The metal tip smashed into the man’s face and he fell back with a scream. The boot released me and I scrambled to my feet, gripping my ribs. I spun around and saw blood. There was so much blood. Then another enemy slammed his elbow in my chest and I tripped over the leg of a lifeless warrior. I fell and looked into the fallen man’s face. It was the man with the large beard and the scar. A knife was buried in his chest.

I screamed and tried to scramble to my feet but a solid metal object crashed into the back of my helmet. Lights flared in my brain and then all went black in my vision. I distantly felt my head run into the mud on the ground. It was cool on my cheek…

Oof. Yeah yeah I know that it ends like that. I am aware of what I did! 😆

Seriously though, what did you think of it? Let me know in the comments below! 🙂

5 thoughts on “Short Story: To War”

What do you seek? 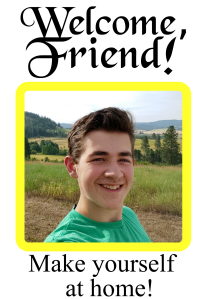 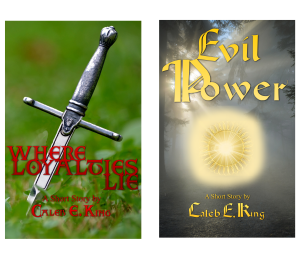 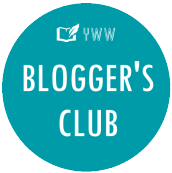